Flashback to Now, A new exhibition featuring the paintings of Eloy Torrez and the photography of Juliane Backmann 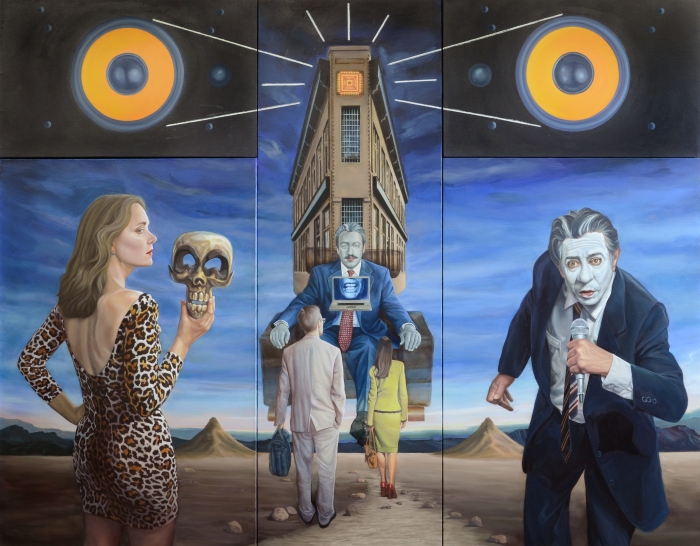 There’s something profoundly unsettled about Flashback to Now, a series of oil on canvas paintings by Los Angeles based Eloy Torrez and photographs by Juliane Backmann.

In Torrez’s “She Said He Said” A hollow-faced couple stares out of the canvas from a rumpled bed. A businessman levitates front and center above a desert floor while other working professionals recede with backs turned. A white-faced autobiographical character jumps into the foreground as an office building and a pair of car stereo speakers take to the air in “Somewhere between Los Angeles and Albuquerque”. What is the relationship between these subjects? Who are they now? Who were they before?

Juliane Backmann’s photographs of urban landscapes likewise asks more questions than it answers. Using a large format field camera with color negative film, Los Angeles based Backmann captures banks, lobbies, churches, courtyards, parking lots and other silent protagonists of the urban landscape, each one devoid of people. Her empty vignettes speak as much to what’s in the frame as what’s not. Where has everyone gone? What is the purpose of these spaces when empty?

In the case of both Torrez and Backmann, the work isn’t about what unfolds in front of the viewer. It’s about the cracks in between. It is work that tells of the passing of time–not of people and not of places. Generations unfold in Torrez’s surreal scenes–that which brings his subjects together is seemingly less powerful than the stories that divide them. In Backmann’s photographs, time of day is obscured and purpose of space is obscured too. Hers are still lives of a place caught off-guard and off-duty. Combined, the works of these two artists is a convergence of oblique narratives and stories partially told.

As one of Los Angeles’ most iconic muralists over the past three decades, Eloy Torrez has long been to uncovering such stories. Among his works are the Pope of Broadway mural on the Victor Clothing Company building in downtown Los Angeles, and Portrait of Hollywood, a John Ritter tribute mural at Hollywood High School. He is a 2009 C.O.L.A. grant recipient. A native of New Mexico, Torrez is a graduate of Otis Art Institute.

Juliane Backmann too has had turned her lens on the people and places of her adopted city. Originally from Muenster, Germany, Backmann has chronicled the Los Angeles art scene over the last fifteen years for a forthcoming book of portraits, featuring artists Carlee Fernandez, Eugenia Butler and more. She has exhibited internationally and is the recipient of a 2013 Emily Harvey Foundation artist residency in Venice, Italy. Backmann studied photography at the Academy of Photography in Munich.

Totaling five works by Torrez and six by Backmann, these two series will be exhibited as one, intermixed on the walls at Edgar Varela Fine Art (EVFA) in downtown Los Angeles. The exhibition is on view from June 23 – July 21, 2012. 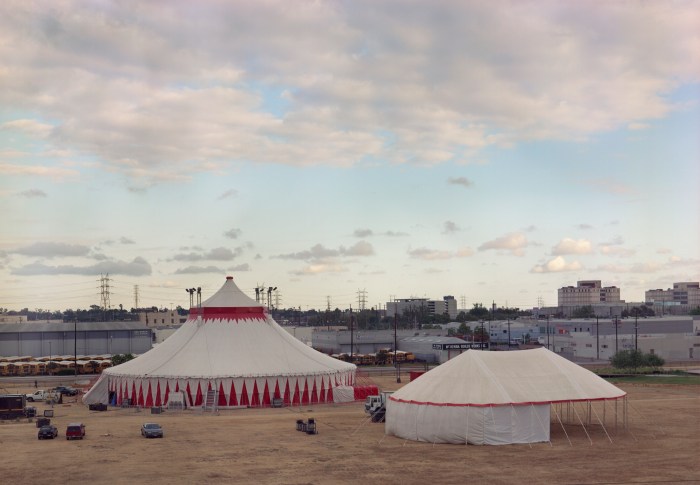